In 2011 the Freeholders in Sussex, Morris and Somerset Counties (all Republicans by the way) entered a convoluted plan to finance solar project installation throughout municipalities in their respective counties.

The plan was based on rosy projections of the value of solar energy credits, timetables for construction that were untenable, and the guarantees by the counties (meaning taxpayers) for the bonds being issued to construct the projects.

This plan fell apart as the values of the solar energy credits plummeted and construction was more complicated than anticipated, resulting in delays.  A third party brought in to manage the project -SunLight - and the company contracted to install the panels - Mas-Tec - got entangled in a complicated legal mess that ultimately resulted in Mas-Tec winning a 52 Million Dollar arbitration claim against Sunlight.  So, as guarantors of the issued bonds, the counties were brought into the legal squabble as participating parties. When it became apparent SunLight could not pay it’s obligations, the counties were left holding the bag. They ultimately made a settlement with Mas-Tec so SunLight would not go into bankruptcy, creating another set of problems (Sun Light was able to obtain Federal Solar Energy Credits which may have been lost in any bankruptcy).

In Somerset County, this resulted in additional taxpayer exposure of 6.75 Million Dollars, financed over many years.  And the counties are still liable for paying the original bonds.

Somerset County Freeholders have portrayed the settlement as a win for the county.  It is hardly that.

It does end a potentially protracted legal battle, but this was a battle that should never have needed to be fought.  Had there been better planning, oversight and financial safeguards built into the original agreements this never would have occurred and taxpayers would not be on the hook for these additional dollars.

If all this sounds complicated, it is.  And this is one of the reasons why the project failed.  In fact, Sussex County brought on outside counsel to review the whole process (from Sussex’s perspective but there is plenty of overlap into how Morris and Somerset proceeded) and the findings were included in a 62-page report that basically blasted the entire concept and how it was developed and implemented.

There is no record of Somerset County doing an independent review of this project.   Without it, Somerset County Residents have 6.75 million questions that need answering.  Not just a press release from the people who put the whole debacle together in the first place. 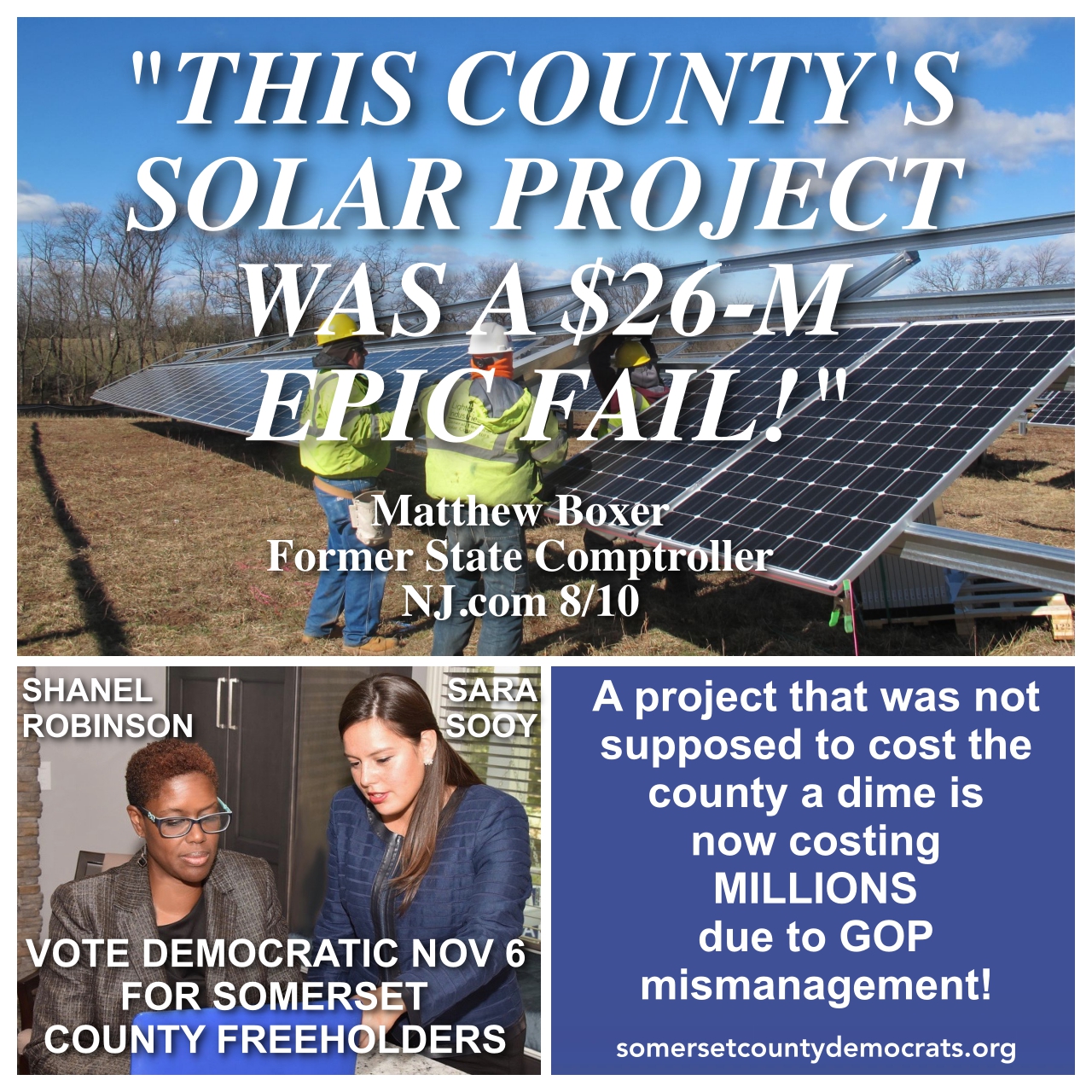