“The kids are coming out of the cities, and back to Mayberry. They want a walking town, they want some night life — but it doesn’t have to be constant — and they want safety.”

Those elements were not a given for this borough of 12,000 residents in Somerset County a decade ago, when Main Street was dotted with empty storefronts and some residential neighborhoods were suffering from neglect. An effort by borough officials to resurrect the downtown, combined with a close working relationship with New Jersey Transit, which designated Somerville a “transit village” — one of 33 municipalities in the state included in an initiative to encourage smart growth and development around train stations — has resulted in a revitalization of the commercial center that has attracted developers and home buyers.

A decade ago, there may not have been much to see in this Somerset County borough. But a building boom and downtown revitalization have changed that.

When Audrey and Nick Perrette finished college, they followed a path many other young couples take: They moved into a rental while planning their future. The one-bedroom apartment they found was in Somerville, N.J., in one of the many new buildings that have been rising in the borough’s flourishing downtown. A month later they were engaged.

In July, after two years of renting, the Perrettes, who are now married and both 26, decided to make their move to Somerville permanent. They loved its small-city vibe, so they bought a three-bedroom, one-and-a-half-bathroom house, built in 1920 on 0.13 acres, for $352,000.

“We weren’t ready for suburban life; we wanted to stay active and be able to walk downtown. And we didn’t need a huge acre of land, just enough grass so our dog can go outside,” said Ms. Perrette, the director of operations for her family’s data-outsourcing business. 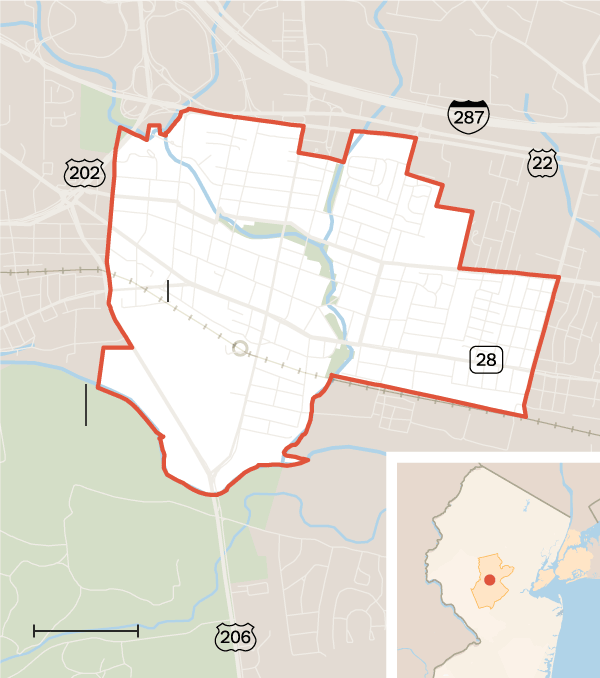 The Perrettes are part of an influx of buyers that Leigh McLachlan, a real estate agent and lifelong resident, described as “a huge amount of millennials discovering Somerville for the first time.”

As Ms. McLachlan, 60, put it: “The kids are coming out of the cities, and back to Mayberry. They want a walking town, they want some night life — but it doesn’t have to be constant — and they want safety.”

Those elements were not a given for this borough of 12,000 residents in Somerset County a decade ago, when Main Street was dotted with empty storefronts and some residential neighborhoods were suffering from neglect. An effort by borough officials to resurrect the downtown, combined with a close working relationship with New Jersey Transit, which designated Somerville a “transit village” — one of 33 municipalities in the state included in an initiative to encourage smart growth and development around train stations — has resulted in a revitalization of the commercial center that has attracted developers and home buyers.

“If you’d been to Somerville 12 years ago, you wouldn’t have seen much,” said Colin Driver, the borough’s director of economic development. “Now it seems that things are moving at a rapid pace. A lot has been repurposed and rehabbed, and we’re seeing a tremendous amount of new construction.” 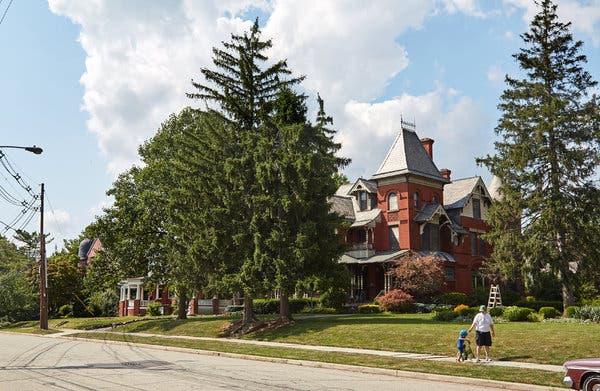 Like the Perrettes, Kay Lavsi and her fiancé, Goran Stanic, were looking for a vibrant lifestyle — more active than the one they had in Branchburg, N.J., where they lived in a townhouse, but not as frenetic as Ms. Lavsi’s experiences living in New York City and Jersey City. In May, they bought a 1965 four-bedroom, center-hall colonial for $499,000, paying the full asking price after learning that there were already two offers when they attended an open house this spring.

“Anything that’s nice in town is going very fast,” said Ms. Lavsi, 33, the director of customer solutions for a pharmaceutical company, whose house has become a gathering spot for friends and family. “We’ve had friends over every weekend. They come to our house for drinks, then we walk into town for dinner. There are so many different places; people love it.”

Millennials are not the only ones attracted by Somerville’s active, walkable community. When Laura Estep, 55, a retired nurse, moved from Rochester, N.Y., to central New Jersey in early 2017, she and her husband, Craig Estep, rented an apartment in Somerset and often had dinner in nearby Somerville on the weekends. In January 2018, they bought a three-bedroom house in Somerville for $380,000.

“We were just meant to be here,” said Ms. Estep, who was charmed by their home’s cozy sunroom and extensive woodwork, as well as the wide age range of the neighbors, some of whom were in their 20s, with others having been there for more than 40 years.

At just 2.3 square miles, Somerville offers a surprising variety of residential choices, commercial activity and community events. The residential neighborhoods include a mix of housing, from large, colorfully painted Victorian homes to small bungalows on tiny lots. Off the residential streets are numerous pocket parks and walking trails that wind through the borough.

Units in rental buildings like the Cobalt apartment complex and SOMA are quickly spoken for, and there are several new projects about to break ground, said Mr. Driver, the director of economic development. The biggest was announced in July, when Somerset Development paid New Jersey Transit $17 million for 31 acres adjacent to the train station near downtown. The company is planning to build 371 apartments, 156 townhouses, retail space and a community center. The complex, which has been 10 years in the making and is slated for completion in 2023, will be the largest mixed-use project in the borough, Mr. Driver said.

Typical apartments in newer developments tend to rent for about $2,000 for a one-bedroom and $2,500 for a two-bedroom.

Visitors may sense a town on the upswing. Bikers and joggers enjoy the Green Seam, a new 17.5-acre recreation area built on landfill, while others take in the open-air movies and concerts on Division Street, which is closed to traffic.

“You can feel the momentum every time you walk into town,” Ms. Estep said.

Restaurants along Main Street offer a variety of ethnic food; there is also a New York steakhouse, as well as a couple of Irish pubs and the recently opened Village Brewing Company, a 17,000-square-foot brewpub housed in an old Woolworth department store building.

Downtown also offers the sort of unique stores you won’t find at the nearby Bridgewater Commons mall, like the Hungry Hound, a dog bakery and boutique popular with the borough’s many dog owners.

Students in neighboring Branchburg also attend the high school, which has 1,146 students. Average SAT scores in 2017-18 were 582 in math and 578 in reading and writing, compared with state averages of 543 and 542. The high school offers 16 Advanced Placement courses, and has won state championships in baseball, football, girls’ basketball and unified bowling.

Private schools include Immaculate Conception School, which has about 460 students in prekindergarten through eighth grade, and Immaculata High School, which has 493 students. Run by the Catholic Church, both schools are in Somerville and are coed.

Somerville is about 45 miles southwest of New York City, with many major highways running through or beside it, including Routes 22, 28, 206 and 287.

New Jersey Transit’s Raritan Line provides service from Somerville to New York City, with a transfer in Newark. Trips take between 73 and 90 minutes, and cost $15.25 one-way or $445 for a monthly pass. New Jersey Transit’s 114 bus runs from stops on Main Street to the Port Authority in Manhattan; the trip takes 94 to 127 minutes and costs $13 one-way or $303 for a monthly pass.

The country’s oldest bicycle race, the Tour of Somerville, began in the borough in 1940, when bike-shop owner Fred “Pop” Kugler created an event to show off the cycling talents of his son, Furman. Furman won the men’s 50-mile race in 1940 and 1941, while a friend, Carl Anderson, won the 1942 race. Both men were killed in World War II. (Kugler’s daughter, Mildred, was also a champion cyclist, but never competed in Somerville.) The race is held every year on Memorial Day weekend, and attracts more than 500 participants from around the world.