Running for Re-Election in 2021

Over the last 3 years, Shanel and Sara have served on the Somerset County Commissioner Board – and now lead the Board as Director and Deputy Director. Under their leadership, the County has kept the tax rate flat, increased services, helped small businesses stay afloat, invested millions in education, and battled a pandemic.

Somerset County Commissioner Director Shanel Robinson served in the United States Air Force Reserves, on Franklin Township's governing body as both a Deputy Mayor and Councilmember, and on numerous boards. She has been recognized with multiple awards over 20 years for her tireless work as a public servant. She holds a Bachelor of Arts degree in Labor Studies and Employment Relations from Rutgers University–New Brunswick and is proud to have three children and three grandchildren.

Somerset County Commissioner Deputy Director Sara Sooy holds an MBA in Real Estate Development and works in the commercial real estate industry. She sat on the Somerset Hills School District Board of Education from 2015-2018, has served on the North Jersey Transportation Planning Authority Board of Trustees since 2019, and volunteers with the Bernardsville Senior Center and Morristown Soup Kitchen.

COVID-19: Somerset County currently leads the state in vaccinations – over 70% of eligible residents and counting.
Diversity: Created and appointed the first ranks of Somerset County's LGBTQ+ Advisory Board, which amplifies historically marginalized voices.
Fiscal Health: Somerset County has gotten top bond ratings from S&P for 34 years and counting – proof of its record fiscal health. Out of more than 3,000 counties nationwide, the county is one of 100 with this distinction – and in New Jersey, it is one of only six counties with a AAA rating. The County also currently holds a AAA rating from Moody's.
Law Enforcement: The County is funding a pilot program with Bridgewater Township to place a social worker with the Bridgewater police department to assist in accessing resources for residents who need help before they are in a position to be arrested, which improves the relationship between civilians and LEOs.
Mental Health of Vulnerable Populations: Richard Hall Mental Health Center has broken ground on a new primary care suite to supplement its mental health and substance abuse services. Zufall Health will provide comprehensive primary care, dental care, vision care beginning in December 2021 to the public with a priority for Richard Hall clients.
Open Government: Under Shanel and Sara's leadership, the County set up an online listing of all available board and commission openings where interested applicants can submit resumes and information; Commissioners now see all applicant resumes prior to voting on appointments.
Parks: Changed Open Space Funding to include upgrading and improving existing parks in all communities, particularly densely developed and populated communities. First grants were provided to Manville for the Lost Valley Nature Park by the Raritan River, and to South Bound Brook to expand the community’s only public park.
Transparency: In March 2019, the Board began streaming meetings online through Somerset County's website. In January 2021, that stream expanded to Facebook Live, which allows for virtual public input via the comments section.
Taxes: Budgets have remained flat since Democrats joined the Commissioner Board. In 2020, there was even a small tax cut under the Democratic majority. In 2021, the tax rate remained flat, and the tax increase per average home went up by less than $50. Over the last three years, no services have been cut, and many have been expanded. In a state where taxes only seem to go up, Shanel and Sara's leadership have resulted in fairer taxation for all. 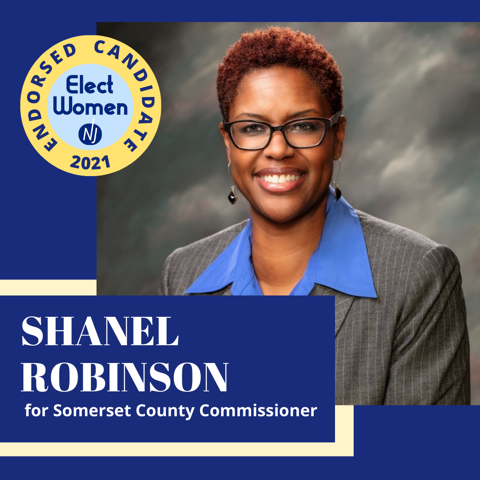 Check out what our leadership has done for residents all around Somerset County!